What is the First Aid Treatment for a Bleeding Nose?

The majority of bleeding noses can be treated at home with simple first aid steps. Nosebleeds are common and rarely serious. However, it’s important to know the correct first aid treatment for dealing with a bleeding nose.

Our noses are prone to bleeding due to the blood supply. One of the functions of the nose is to warm air before it enters the lungs. In order to warm the air, the blood vessels in the nose are close to the skin. This makes them vulnerable to being damaged, causing a nosebleed.

Rarely, a large nosebleed can cause shock due to blood loss. This may happen if someone is taking medication to thin their blood. If you suspect shock, call for emergency medical help immediately.

Medical attention may be required for a nosebleed that does not stop. Doctors can cauterize the bleeding nose, or pack the nose with gauze in order to stop the bleeding. Do not attempt this at home!

Why Should You Lean Forwards?

A common first aid myth is that you should lean back if you suffer a nosebleed. This is incorrect as the blood will run down the throat into the stomach causing sickness and vomiting. 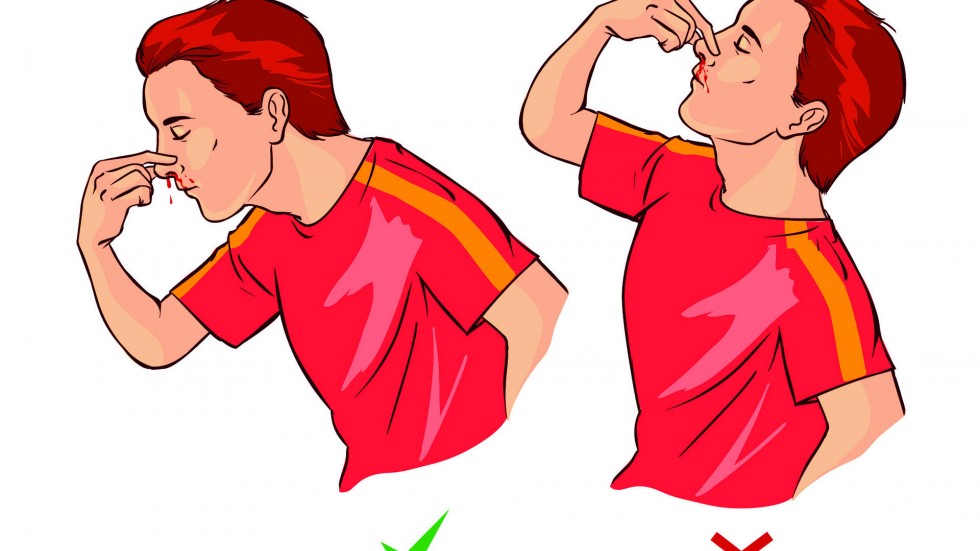 Always lean forwards to allow the blood to drain away from the nose.