Fainting or syncope is a transient (temporary) loss of consciousness associated with the patient collapsing to the ground and spontaneous recovery without any interventions. A symptom rather than an illness, the causes range from harmless to life-threatening, often resulting in a challenge to diagnose the cause. 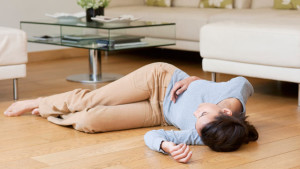 Approximately one third of all people will experience a syncopal episode during their lifetime. The most common cause is when the blood pressure is too low and the heart doesn’t pump a normal supply of oxygen to the brain.

When the reticular activating system (area of the brain responsible for maintaining consciousness) is deprived of oxygen (or nutrients) a loss of consciousness and postural tone (causing collapse) occurs. By falling on to the floor cerebral blood flow is re-established and the patient regains consciousness.

Syncope may be caused by emotional stress, pain, pooling of blood in the legs due to sudden changes in body position, overheating, dehydration, heavy sweating or exhaustion. Syncope may occur during violent coughing episodes as a result of rapid changes in blood pressure. It also may result from several heart, neurological, psychiatric, metabolic and lung disorders. Syncope can also be the result of a side effect of some medicines.

Some causes of syncope which can suggest a serious cause include:

Learn the correct first aid for fainting by signing up to one of our FREE online first aid courses.